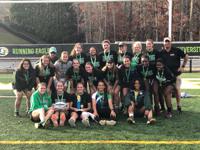 Since 1993 York College Women's Rugby Club continuously strives to be a major success as one of the finest NSCRO rugby sides in the nation. The main goal of York Rugby is to be not only among the elite and most competitive sides in the MARC; but to be ranked among the premiere Women's Rugby Programs in the United States.

The Spring of 2017 YCP Women's Rugby won the MARC NSCRO 7's Championship. The team represented the MARC at the NSCRO 7's National Championship Tournament and ended the Spring with a National Ranking of 7th.

The hard work, dedication, and esprit de corp of the YCP Women's Rugby Team are hallmarks of the organization and the team leadership. With a diverse group of student athletes YCP Women's Rugby sets the standard for others to fallow.

Where We Stand for the College 7s Championships

USA Rugby’s College 7s championships have all sorts of questions to answer in the next few weeks, as most of the spots for the four separate brackets remain to be filled.

Who is playing where and why?

First, a note: The CRC is a privately-run invitational for men’s and women’s D1 teams, held June 1-3 in Chester, PA. The USA Rugby College 7s Championships is run by the national governing organization of the sport and is held May 18-20 in Glendale, CO. Neither tournament stops any team from going to both, but teams might opt to choose only one due to finances or other reasons.

Here's where we stand now:

There’s some thought that in future years we’re going to see a D1A-only bracket here. Some might argue that some D1AA teams, or even some NSCRO teams, could compete as the best in the nation. But it could still happen.

We will likely see some change in the qualification format because some qualifiers are held at weird times (you qualify in October for a tournament in May? Seems too much of a gap).

South Carolina won the Southeastern Conference 7s but will go to the CRC instead.

This weekend, Mount Saint Mary’s will host the Chesapeake Conference finals, where James Madison is one of the favorites. If MSM wins, they will go to the CRC only.

There are four more qualifiers coming up: Heart of America Conference, Mid-Atlantic Conference, Big 10, and Liberty. There is a possibility as many as two of those winners might be going to the CRC instead.

So at least five, and maybe as many as eight teams could get in as at-large bids. Here’s a list of teams we understand have applied as at-larges:

Brown won the Ivy League, but the Ivies did not apply for the tournament to be a qualifier.

Principia won the Gateway qualifier April 14, and Bloomsburg pulled off a men’s and women’s double at the Mid-Atlantic. North Carolina State won the Cardinals Conference. All three are headed to Glendale.

This weekend the Southern Conference finished up in Charlotte, NC.

It’s been a very close race in the SoCon, with UNC Charlotte leading the series with 20 points, just ahead of Furman (18) and Queens University Charlotte in its first serious rugby outing. ECU and Coastal Carolina also look solid.

This could be one of the best D2 7s tournaments in the country.

Rugby Northeast runs a ten-team championship this weekend with two pools of five, which won’t be easy. Norwich, Middlebury, Bentley, Bryant, Southern Connecticut, and UMass Lowell are some of the teams to watch.

The Tri-State, Rocky Mountain, New England Wide, and Deep South are all slated for the weekend of April 28. Upper Midwest and Lone Star are set for May 5.

Watch out for UW-Whitewater in the Midwest, and Hartford in New England Wide.

That’s 11 qualifiers for 12 spots, so there’s one place open for an at-large. A close loser in the Southern or Upper Midwest would have a good shot there. (Might Iowa Central CC make a push? You never know.)

This is the competition that has prompted serious talk about regional qualifiers. Only three tournaments were set as qualifiers, and one of them was won by a select side (which means no qualifier). This eight-team national championship will be an all at-large bracket.

Except for Penn State, which won the Big 10, and the NIRA winner, which is decided this coming weekend.

Expect the likes of Life, Lindenwood, and some teams from the West Coast to augment this list.

The NIRA Finals are this weekend at Bowdoin College in Maine. Pool A is Northeastern, Harvard, Maine, and Army; Pool B is Boston University, Dartmouth, Norwich, and AIC.

Norwich is a former national champion. AIC is always dangerous, and Army has been winning tournaments all spring and should be the favorite.

This is actually called the Women’s Open, and so we might see some lower-level D1 teams here, you never know. Rugby Northeast holds its tournament this weekend and Tri-State is a week later.

Sixteen teams will compete in the Tri-State, and you’ve got to think with that level of enthusiasm, more than one team will end up in Glendale. There looks to be a huge battle in Pool B between Albany and Monroe. Vassar is a solid favorite here.

Eight spots are open for the USA tournament, with many at-large spots available.

The James Madison Men’s Rugby Club will be joining the Mid Atlantic Rugby Conference starting in the Fall of 2020.

Founded in 1908, James Madison University is a public university located in Virginia’s Shenandoah Valley. JMU is fast becoming one of the nation’s leading lights in higher education because students enjoy unusually engaged relationships with world-class faculty who are here because they want to pursue knowledge and make teaching their No. 1 priority. James Madison Rugby Club is the men’s rugby team of James Madison University located in Harrisonburg, Virginia. The James Madison rugby team was founded in 1976, formerly known as Madison Rugby Football Club. After winning the Division 2 sevens National Championship, the team moved up to D1AA to compete in the Chesapeake Rugby Conference. The club has been competing in this conference since the 2016 season. “We got 11 returning starters ready to play for 80 minutes like they’re hungry for 90. It’s a bad year to see the dukes on the schedule, believe that.” - Cal Reeves, Captain of JMURFC 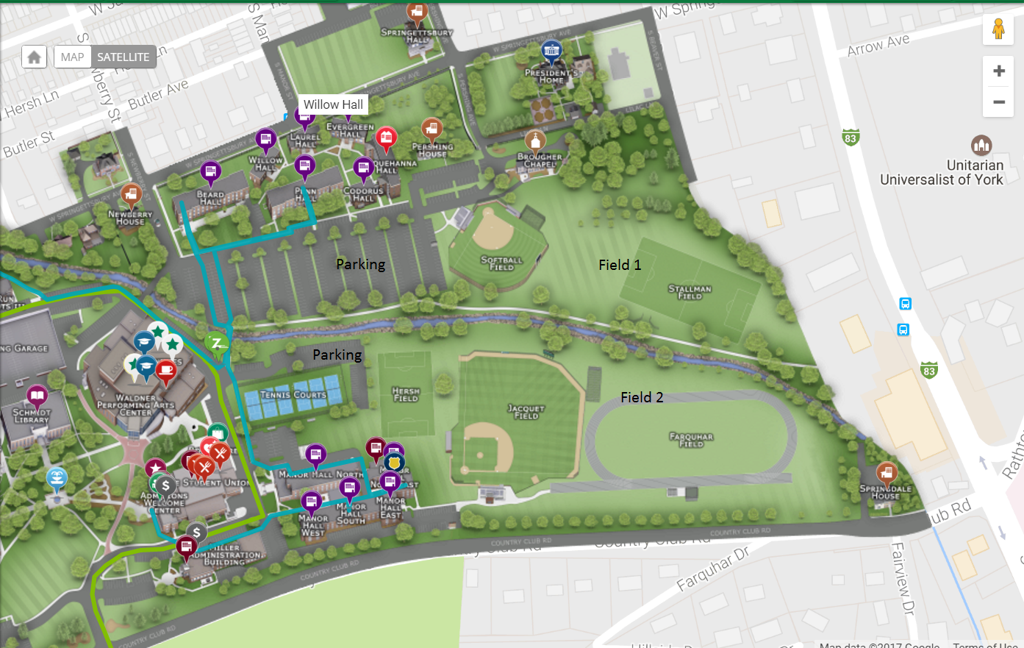 York College Women's Rugby would like to thank the following people and companies for their sponsorship.

YCP Women's Rugby would like to thank Penn mutual for their support of College Rugby and the York Women's Team.

York College Women's Rugby wants to thank The UPS Store in Red Lion, PA. for supporting all our printing needs.